The missing tonnage of arsenic 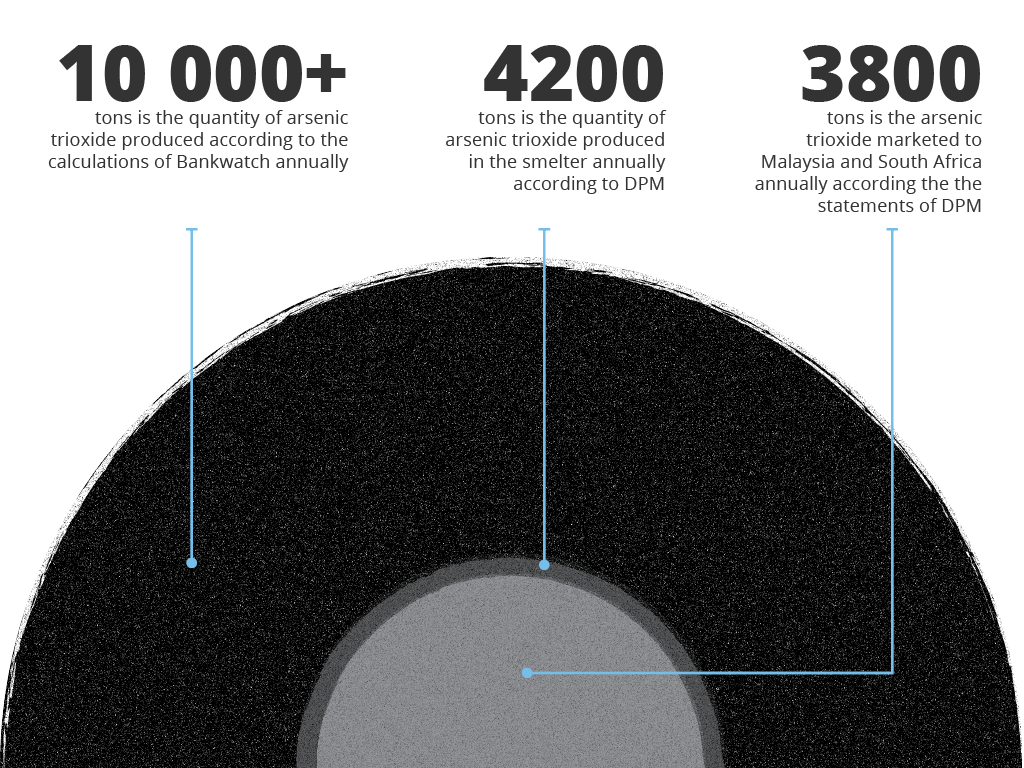 If this quantity oxidizes fully (in the furnaces, along with the other ores) to arsenic trioxide, the output mass of that by-product would be approximately 30% larger. This means that the Bulgarian concentrate alone might result in quantities of arsenic trioxide of up to 6,800 tons per year.

The concentrate that comes from Peru is even dirtier – with arsenic content of 7.2%. If Tsumeb processes 25,000 tons from the Peruvian copper a year this is 1,800 tons of crude arsenic or over 2,300 tons of arsenic trioxide if this quantity is fully oxidized. This would make 9,100 tons of the highly toxic substance.

This already does not match the recent statement made by DPM in the Namibian press8 where they claim that they produce 4,200 tons of arsenic trioxide per year, out of which 3,200 is exported to Malaysia and 600 tons go to South Africa. We believe this is purely a PR statement which takes into account only the refned arsenic trioxide produced in the arsenic plant of the Tsumeb smelter, which is what the company considers a “marketable product”. The rest is mixed within the so-called in-house dust or is emitted from the smelter as fugitive emissions.